“Republican presidential frontrunner Donald Trump�??s announced refusal to show up at the next in a never-ending series of televised debates raises a fundamental issue with Fox News. Is Fox News, which is airing the Jan. 28 debate and providing the moderators, serious about reporting the news and addressing the key issues of the day, or is the network just in the entertainment and celebrity business?”

“Megyn Kelly: ‘Santa Is What He Is,’ Which Is White. More at FOX News.”

Before I make Megyn Kelly sound like a dumb blonde from Beverly Hills, or the valley in Los Angeles where she competed with Britney Spears for Valley Girl of The Year and even beat her, I’ve been with her on the so-called Donald Trump debate.

Megyn has been damn right about The Donald from the beginning and along with Chris Wallace and Shepard Smith and perhaps Charles Krauthammer, the only people at so-called Fox News, (Tea Party News in actuality) who’ve gotten The Donald and his realty show for a presidential campaign right from the beginning. That he’s a one-man reality show and when he says he’s not a politician you better believe him, because he should have nothing to do with politics and government. Because the man only says and does things to be popular whether he believes in them or not.

The other positive thing I would give the Valley Princess, I mean Megyn Kelly credit for is that she and Chris Wallace, I believe have both done a great job with the Republican presidential debates.

Chris Wallace, is actually a journalist and perhaps he, Shep Smith and Carl Cameron, perhaps get lonely at FNC for being the only real journalists there. With the rest of the FNC crew sounding and looking like Human Events, Washington Times, or Washington Examiner, columnists.

Before I watched the first GOP debate I was expecting FNC to set up Jeb Bush with a lot of softball pitches so he could swing for the fences and hit a lot of home runs. Why they bash The Donald and the Far-Right candidates, in order to make the GOP look better. But they’ve done a very good with all the candidates.

Now as far as the bimbo image at Fox News: I agree with Mark Skousen, but I would put it differently. When you are the lead anchorwoman says that White Christmas, “is just for White people”, you have a problem. When you say Santa Claus, who doesn’t even exist by the way, (sorry, kids) “must be White”, you have a problem. Or claiming Jesus was White and I could go on unfortunately, but Megyn has made all of these claims in the past.

It would be one thing if Megyn was doing this on some public access channel in Huntsville, Alabama, but she has a big voice on FNC. And when she throws out this nonsense,(I’m being generous)  it gets out and makes herself and the network she works for look like they’re dumb as bricks and are not in touch with the real world. Because you’re not if you actually take any of these quotes seriously and believe them.

For a woman to be a bimbo, you have to be really attractive and dumb at the same time. I’ll grant that Megyn is a very adorable and a beautiful woman, but she’s skinny as a stick and looks like a Valley Girl on TV.

And when Megyn makes those dumb comments she just backs that image up as a dumb blonde. Whatever you think of MSNBC and their talk lineup, MSNBC at least their management is not nearly as Far-Left and socialist as they come off. They’re a business looking for ratings and if that means having a lot of Far-Left commentators in order to do that, then that is what they’re going to do.

And maybe Fox News is the same thing with the Tea Party. And just has a lot of people on to speak for the Tea Party and showcase their point of view for the ratings. Even if their management is not that Far-Right. 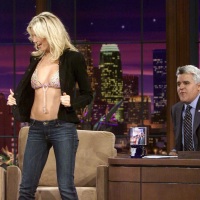 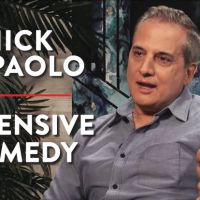 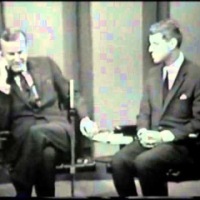 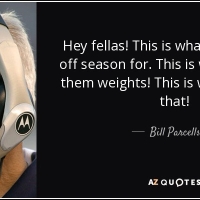